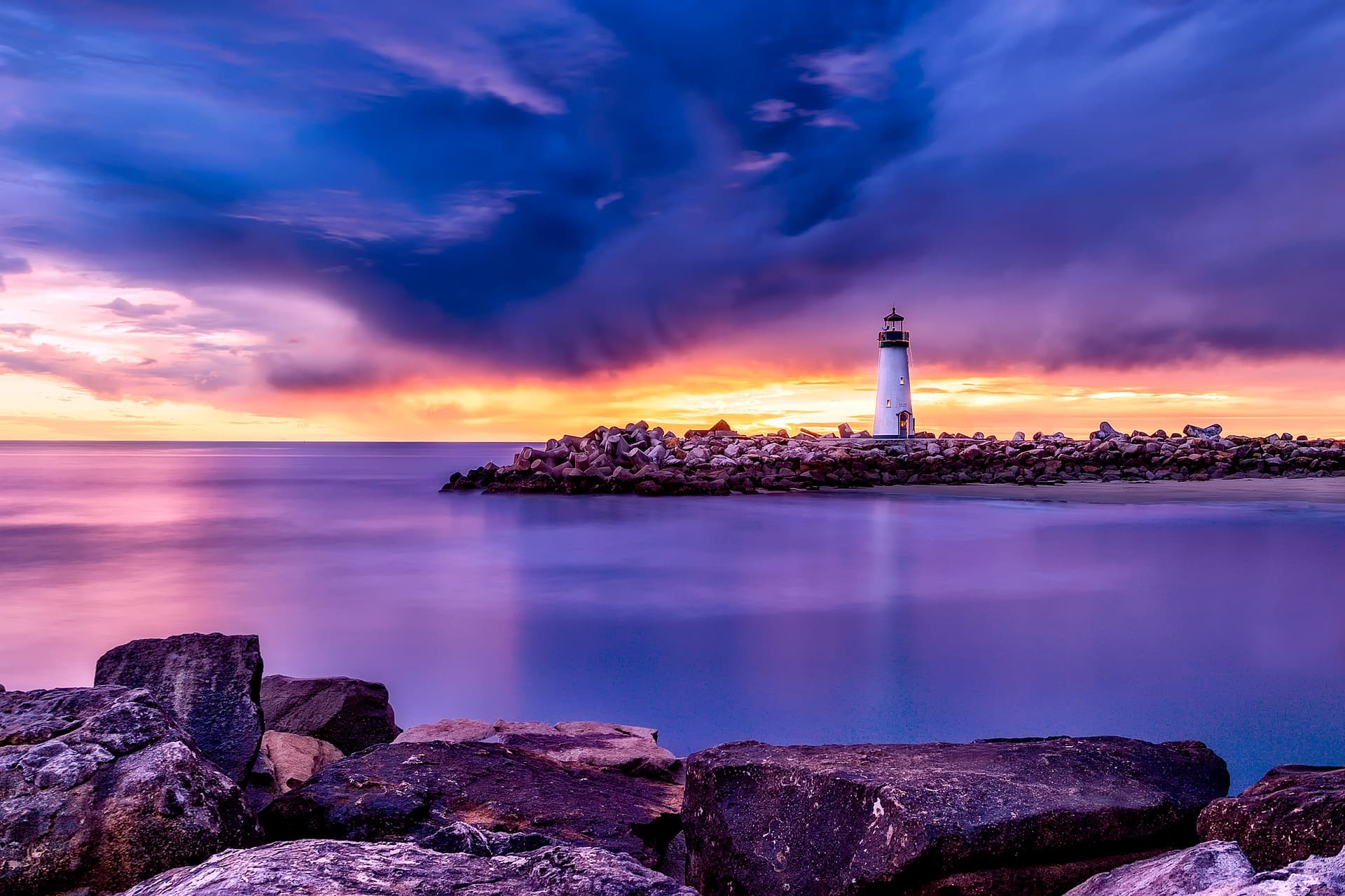 The Canada offers more than wonderful 400 lighthouses coast to coast, around sea. Discover 10 of them appreciated by tourists and Visit The Canada team, sleep nearby and enjoy your the view of ocean !

Peggy’s Cove is famed for its picturesque and typically East-Coast profile, with houses perched along a narrow inlet and on wave-washed boulders facing the Atlantic. Although this unique environment has been designated a preservation area, it is still an active fishing community. Nova Scotia’s most famous lighthouse sits on the Peggy’s Cove rocks. Visitors aren’t allowed inside, it still makes the perfect spot for a photo, though.

Sited on a rocky outcrop along the west coast of Newfoundland, the Lobster Cove Lighthouse is a white, straight-sided structure of cast-iron construction. A prominent lantern, capped with a domed roof and weather vane, tops the cylindrical lighthouse. The site also contains the lightkeeper’s house and a shed.

The East Arm is by far the deepest and is practically surrounded by Gros Morne National Park, while the South Arm has a few settlements, including Woody Point, along its western shore.

With a vibrant history, Lobster Cove Head features trails that lead to coastal environments and tuckamore forest. It is among the top places in Gros Morne National Park to spot whales, explore the tide pools, and take in the brilliant colours of the sunset !

Built in 1880, Souris East Lighthouse is a wood-constructed tower on Knight Point overlooking the town of Souris. You can climb to the lantern room, walk out to the balcony, and discover the panoramic seascape views of the harbour and town of Souris. The lighthouse also houses an interpretive centre with the history of sea glass, the lighthouse, the port, and the Town of Souris. Washrooms have been added to the premises.

Come and visit the iconic landmark which has protected East Point since 1867 !

The East Point Lighthouse was constructed in 1866-1867 as a result of petitions from local residents which were supported by the Lieutenant-Governor of PEI. This lightcouse is Canada’s only confederation lighthouse and it was the last lighthouse erected before the Island joined Confederation in 1873 !

Enjoy the new signage, our crisp new flag, improved parking, comfy deck chairs for a rest or quick photo op. Check out our bird watch tower, a terrific vantage point to spot rare and common birds, with East Point enjoying a reputation for as a hot spot for migrating pelagic birds.

The most photographed landmarks on the Northeast Coast of Newfoundland !

More than 300 feet above sea level and located at Crow Head, Twillingate, this is a lookout point where thousands of visitors every year enjoy the panoramic view of the Atlantic Ocean with the possibility of viewing icebergs, whales, seals and sea birds !

Completed in 1876, it includes a two-and-a-half storey double dwelling, four outbuildings – a fog alarm/equipment building, workshop, storage shed and well house – and a parcel of land. From its prominent location, Long Point has provided navigational aid to countless ships navigating the busy shipping and fishing route.

Lighthouse Park is a neighbourhood park located in a residential area in West Vancouver, approximately 75 hectares in size and a nationally significant natural park.

It is a popular tourist attraction for visitors to Vancouver as it is a National Historic Site of Canada.

It has important natural and cultural resources and very high levels of use by local residents and tourists. The park is a biologically rich and unique resource and is an example of a remaining old growth coastal forest in the Lower Mainland. The lighthouse and light station grounds at Point Atkinson are a national historic site and one of the most photographed and recognizable landmarks in the entire Lower Mainland.

Cape Spear is a headland located on the Avalon Peninsula of Newfoundland near St. John’s in the Canadian province of Newfoundland and Labrador. At a longitude of 52°37′ W, it is the easternmost point in Canada and North America, excluding Greenland.

The Portuguese named this location Cabo da Esperança, meaning « cape of hope », which became Cap d’Espoir in French and finally « Cape Spear ». Cape Spear is the trailhead/trail end for two components of the East Coast Trail.

Built in 1871 with stone from a nearby granite quarry and restored in 1999, the Rose Blanche Lighthouse, with its furnished light keepers living quarters, attracts thousands of visitors annually.

The Lighthouse is accessed by an easy walking, circular, gravel trail that showcases spectacular views of both the ocean and the harbour.

Visit the second-oldest lighthouse in the province !

Head Harbour Island is accessible only by foot, so check the tidal schedule before setting out ! The lighthouse was built in 1829 as a means of helping ships in the area navigate the famous Bay of Fundy fog, high tides, and the treacherous rocks surrounding Campobello Island.

The original octagonal, wooden tower is still in use, and although the light still shines into the bay. There are, however, interpreters on hand to fill you in on the history of the island.

Electrified in 1931 and operated afterward from a switch near the government wharf in Brigus by Water Wilcox During 1884, the tower was put up, a keeper’s dwelling was built, and a keeper was appointed so the light could commence operation on March 1, 1885.

The round, iron tower was painted in red and white vertical stripes, as was the adjacent, two-storey keeper’s dwelling, which featured a mansard roof.

The tower stood 9.5 metres tall and was topped by a lantern with triangular glazing. One Argand lamp was used inside a sixth-order lens to produce a fixed red light at a focal plane of 34.5 metres.