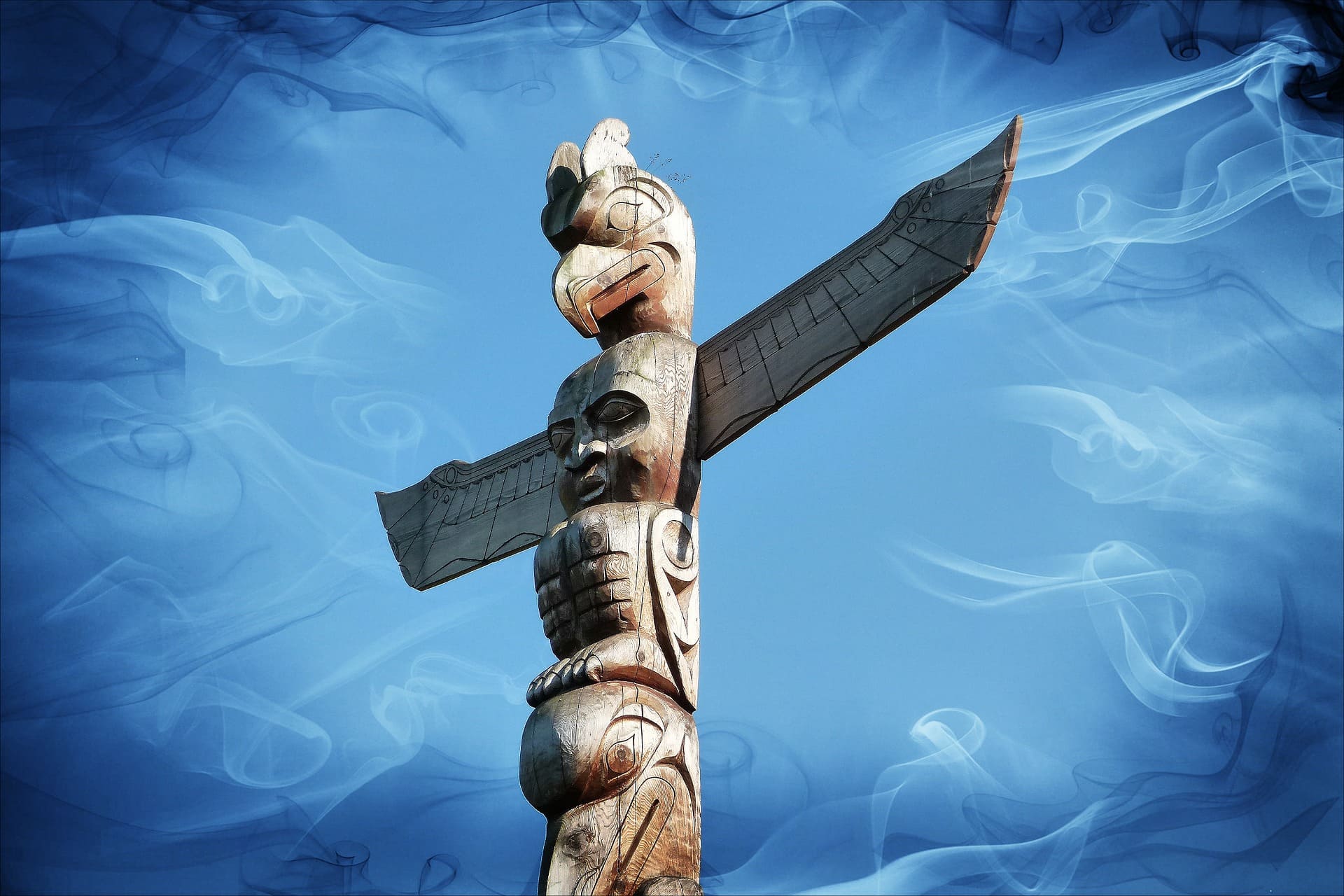 In Canada, there are over 2,000 museums, each with its own story to tell. Our team have gathered 15 of the best, from west to east, that attract multitudes of visitors, year in and year out, with their impressive exhibits and collections.

In just a few hours, through the halls of a magnificent museum, surrounded by artefacts and art spanning hundreds, even thousands of years, you can immerse yourself in creativity, or learn a little more about the canadian universe.

Walk through Victoria in the 1920’s, see a woolly mammoth in its habitat, and learn about the ceremonial masks of local First Nations, all under one roof.

Founded in 1886, the museum is located in Victoria. The « Royal » title was approved by Queen Elizabeth II and bestowed by HRH Prince Philip in 1987, to coincide with a Royal tour of that year, includes three permanent galleries: Natural History, Becoming BC, and the First Peoples Gallery.

The natural and human history of British Columbia is permanently on display at The Royal BC Museum in Victoria. The museum strives to not only display its collection of artefacts and items — all 7 million of them — but to immerse them (and you) in a realistic setting.

The Rooms is Newfoundland and Labrador’s largest public cultural space, modern center with a gallery of local art & a museum dedicated to natural & cultural history.

Built on the site of an 18th century military fort, this facility houses the province’s art gallery, archives and provincial museum. Art and artefacts, historical records, cultural treasures—all of the influences that made Newfoundland what it is—can be explored under one roof. Learn about traditional boat building, animal life on the tundra, and military history.

The Royal Tyrrell Museum of Palaeontology is Canada’s only museum dedicated exclusively to the study of ancient life.

Around 75 million years ago, the town of Drumheller, Alberta, about an hour and a half north east of Calgary, was a hotbed of dinosaur activity. That, in turn, turned Drumheller into a hotbed of dinosaur fossils, and lead to the creation of the Royal Tyrrell Museum of Paleontology. With one of the biggest displays of dinosaur skeletons in the world, and over 160,000 individual specimens, the Royal Tyrrell Museum is a must-see for both science lovers and fans of Jurassic Park.

Why is so important ?

The Royal Tyrrell Museum of Palaeontology is a centre of excellence, highlighting Alberta’s palaeontological significance in a global context. We inspire a lifelong passion for science and foster a better understanding of the past, nurturing stewardship of our changing planet.

The Manitoba Museum is the largest museum in Winnipeg, and its scope is a big as its collection.

The Museum’s collections reflect the heritage of Manitoba and other regions of the world.The Planetarium features interactive multimedia shows that recreate the current night sky, explore various hot topics in astronomy, and highlight the latest space discoveries. Get interactive with dozens of hands-on exhibits in the Science Gallery.

Nine permanent galleries showcase everything from a recreation of early bison hunts, to a full-size replica 17th century ship built in England in 1970 to commemorate the 300th anniversary of the Hudson’s Bay Company. The planetarium conjures up the current night sky, giving you a panoramic view you won’t forget. Regular touring exhibits also ensure a fresh, unique experience every time you visit.

One of the most eye-catching buildings in the entire country is Winnipeg’s Canadian Museum for Human Rights. The shining structure of curved steel and glass is really something to behold on its own, but it also houses a powerful collection of 11 exhibits that compel you to think about the human experience and your own place in it. This is the only museum in the world devoted solely to human rights awareness and education.

The Royal Ontario Museum is the biggest museum of world cultures and natural history in Canada. Located right in downtown Toronto, the museum houses exhibits that run the gamut from dinosaurs to ancient Egypt to Canada’s First Nations. As you walk from floor to floor, past the 25m totem pole, you’ll encounter art, history, archeology, mineralogy, geology, paleontology, zoology, and elements of any other ‘-ology’ you could possibly imagine.

The Royal Saskatchewan Museum is a Canadian natural history museum in Regina, Saskatchewan, offering life and earth sciences, as well as aboriginal history.

The Art Gallery of Ontario (Toronto, ON)

A remarkable 80,000 works of art live inside the walls of the Art Gallery of Ontario, one of the biggest and best art museums in North America. Observe the lauded work of Canada’s Group of Seven, part of the largest collection of Canadian art in the world. Then travel the globe, from the African Art Gallery to the extensive European collection, and travel back in time, from the Renaissance and Baroque eras to the present day. Photography, sculpture, graphic art, installations; Rubens, Goya, Picasso and Rembrandt; the AGO covers it all.

The Montreal Museum of Fine Arts (Musée des Beaux-Arts), located in the heart of the Golden Square Mile neighborhood, is one of Canada’s most prominent cultural institutions.

Don your beret, wax your mustache, and pop over to the Montreal Museum of Fine Arts to see some of the 41,000 works in its collection. This is an art museum in the broadest sense of the word, with traditional fine arts, music, film, fashion, and design all represented. In a few hours of browsing, you might see an ancient glass vase, a painting by Rembrandt, and unique modern furniture.

Sitting on the shore of the Ottawa River, it’s hard to miss the Canadian War Museum. The museum’s distinctive building is largely flat, but shoots up 25 metres into the air along one side, like a waving hand calling you over. Once inside, you’ll walk through exhibitions that cover Canada’s involvement in conflicts throughout history. A vast collection of tanks, military vehicles and guns fill the walls, allowing you to see and explore the equipment used by generations of soldiers.

The Musée de la civilisation in Québec (Museum of Civilization) is the most popular museum in Quebec City and situated in the historic Old Quebec area near the Saint Lawrence River.

Quebec City’s Musée de la Civilisation tackles the evolution of our society through its collection and the building itself, which is a mixture of old structures and modern design. Inside you’ll find exhibits on Quebec’s Aboriginals, the history of the province, and a variety of touring exhibits covering the evolution of global civilisation. More than half a million items and artefacts ensure no two visits will be the same.

The Klondike Gold Rush turned Dawson City into one of the West’s biggest settlements overnight. Who are the people that left their jobs and families for a chance at a fortune? What was the area like before, and how did the rush change that? These are a few of the questions answered by the Dawson City Museum. Enjoy a gold-pouring demonstration, explore old mining locomotives and see what the other exhibits have in store.

The Museum of Anthropology (Vancouver, BC)

The Museum of Anthropology (MOA) at the University of British Columbia campus in Vancouver, is renowned for its displays of world arts and cultures, in particular works by First Nation band governments of the Pacific Northwest.

As well as being a major tourist destination, MOA is a research and teaching museum, where UBC courses in art, anthropology, archaeology, conservation, and museum studies are given.

It contains one of the finest displays of First Nations art in the world, all in a breathtaking setting overlooking the water and mountains of British Columbia. Located on ancestral Musqueam land, the museum strives to showcase the incredible culture and traditions of these First Nations hosts. Over 10,000 culturally significant objects from around the world are on display in the museum’s galleries.

The Canadian Museum of History is one of the country’s oldest museums, dating back to 1856.

Located in the Hull area of Gatineau, Quebec, purpose is to collect, study, preserve, and present material objects that illuminate the human history of Canada and the cultural diversity of its people.

This unique building across the river from Canada’s Parliament Buildings tells a story of success, struggle, conflict, and achievement. Experience Canada’s most-visited museum, to learn about the country’s history, cultural heritage, and First Peoples.

It also happens to be the most-visited in Canada, with 1.2 million annual visitors. Why do so many people stop by? The Gatineau museum’s four million items trace the history of the country, and the world, starting 20,000 years ago. Discover the story, culture, and beliefs of Canada’s Pacific First Nations, in a beautiful setting overlooking the Ottawa River and Parliament Hill.

You will experience the moving journeys that many families took to start a new life in Canada. Step into the past and experience what it was like for nearly one million immigrants between 1928 and 1971 in the Pier 21 Story exhibition.