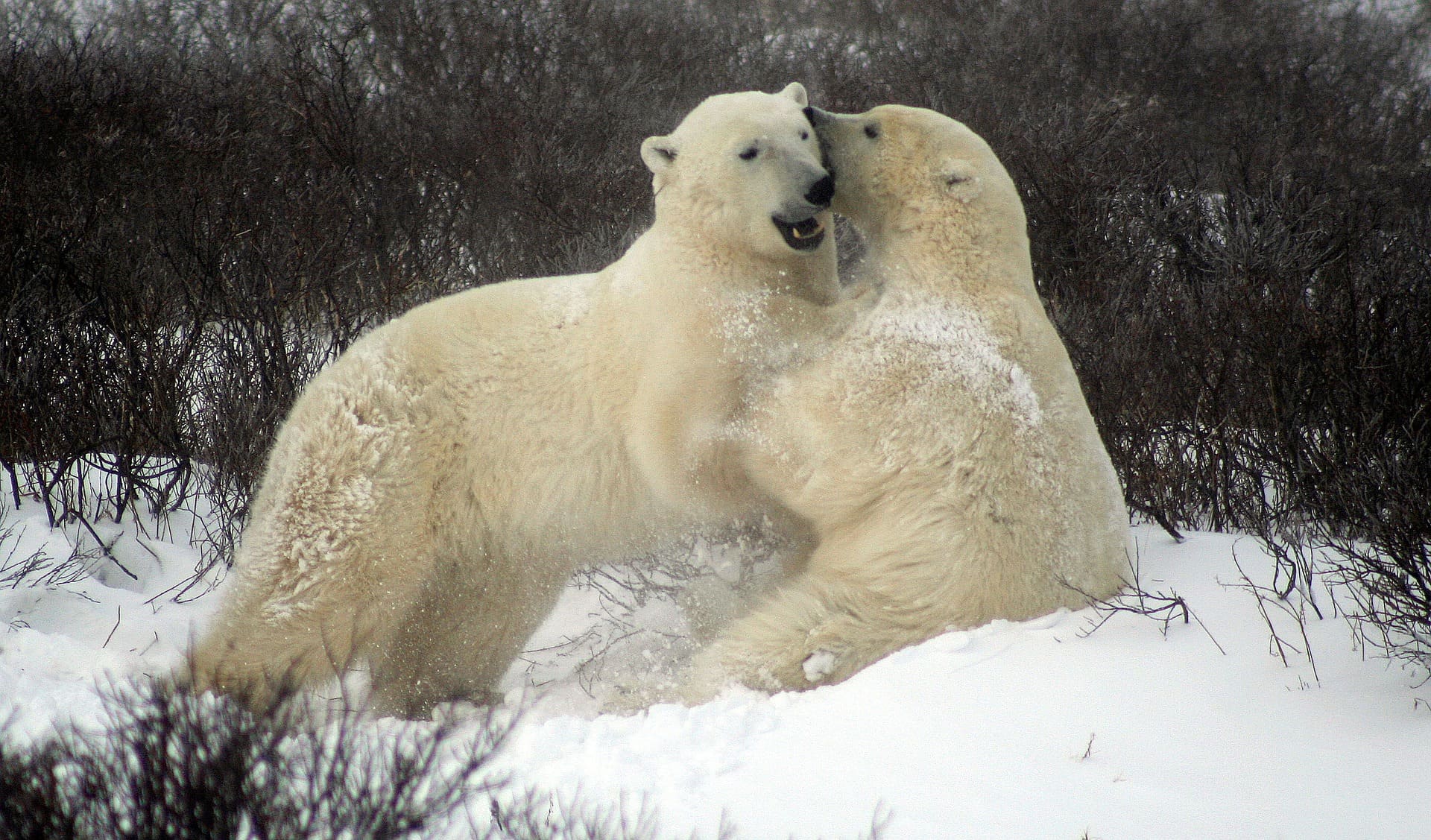 Churchill is a town on Hudson Bay in the far north of Manitoba, Canada.

It’s best known for polar bears that inhabit the area in the fall, and safaris in raised, reinforced tundra vehicles allow for encounters in the wild. In summer, beluga whales are on view in the Churchill River. The area also offers the chance for wintertime Northern Lights visibility and seasonal bird-watching.

Lying along the migration path of polar bears and beluga whales, Churchill draws wildlife enthusiasts from all over the globe.