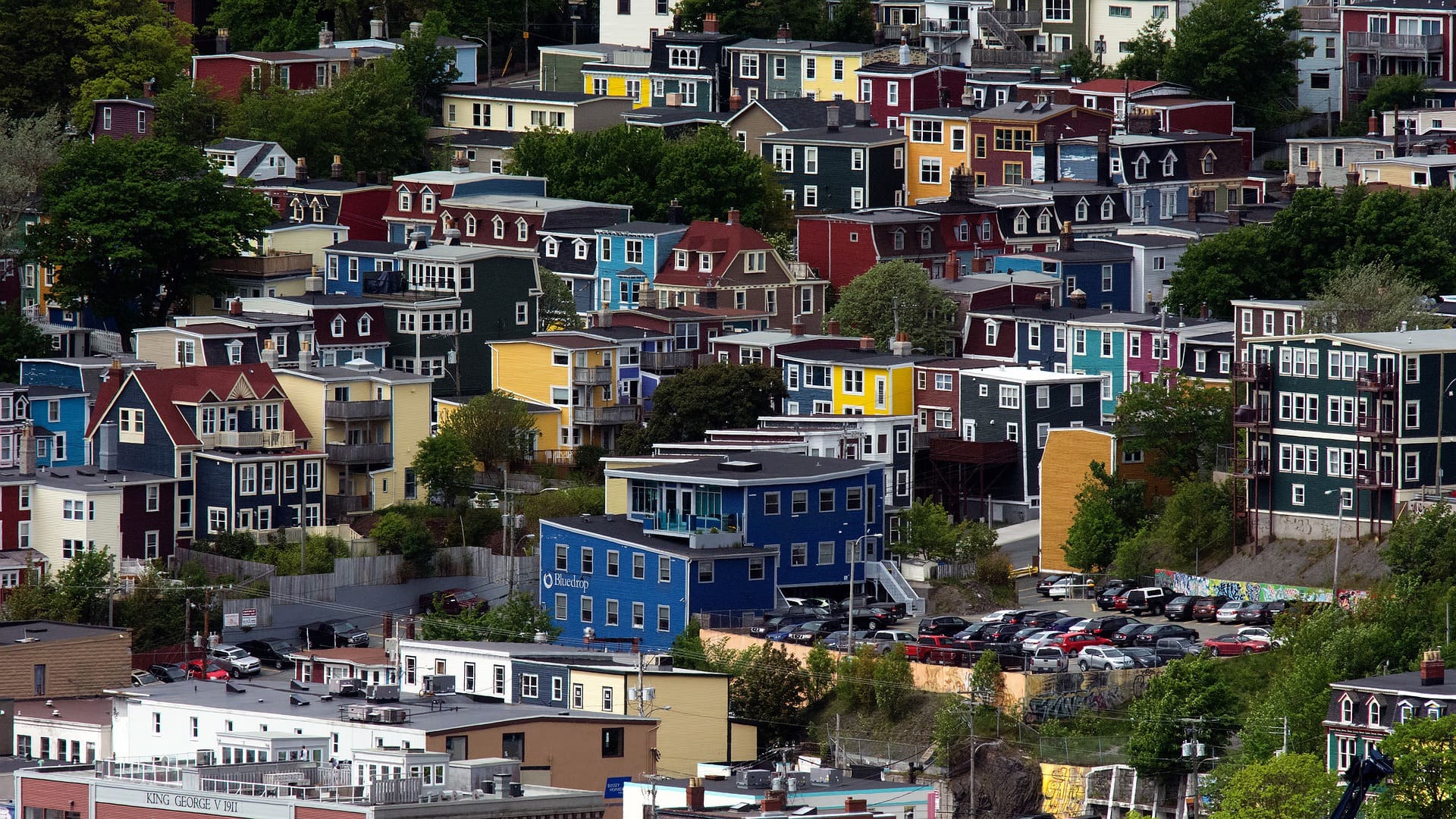 Welcome to St-John’s, the capital of Newfoundland & Labrador province !

Rich and colourful, rugged and refined, St. John’s is the creative capital, and the beating cultural heart of the province. Its harbour was settled by the British in the 1600s.

Looking out over the city of St. John’s, you may be reminded of a mini San Francisco (minus the cable cars). Although it’s the largest city in Newfoundland, the vibe is still very small-town.

St. John’s provides the ideal balance between nature and nightlife, from the East Coast Trail and its stunning scenery to the colorful entertainment district along George Street. Above the city is Signal Hill with walking trails and the site of the first transatlantic wireless communication, Cabot Tower, which commemorates John Cabot’s discovery of Newfoundland.