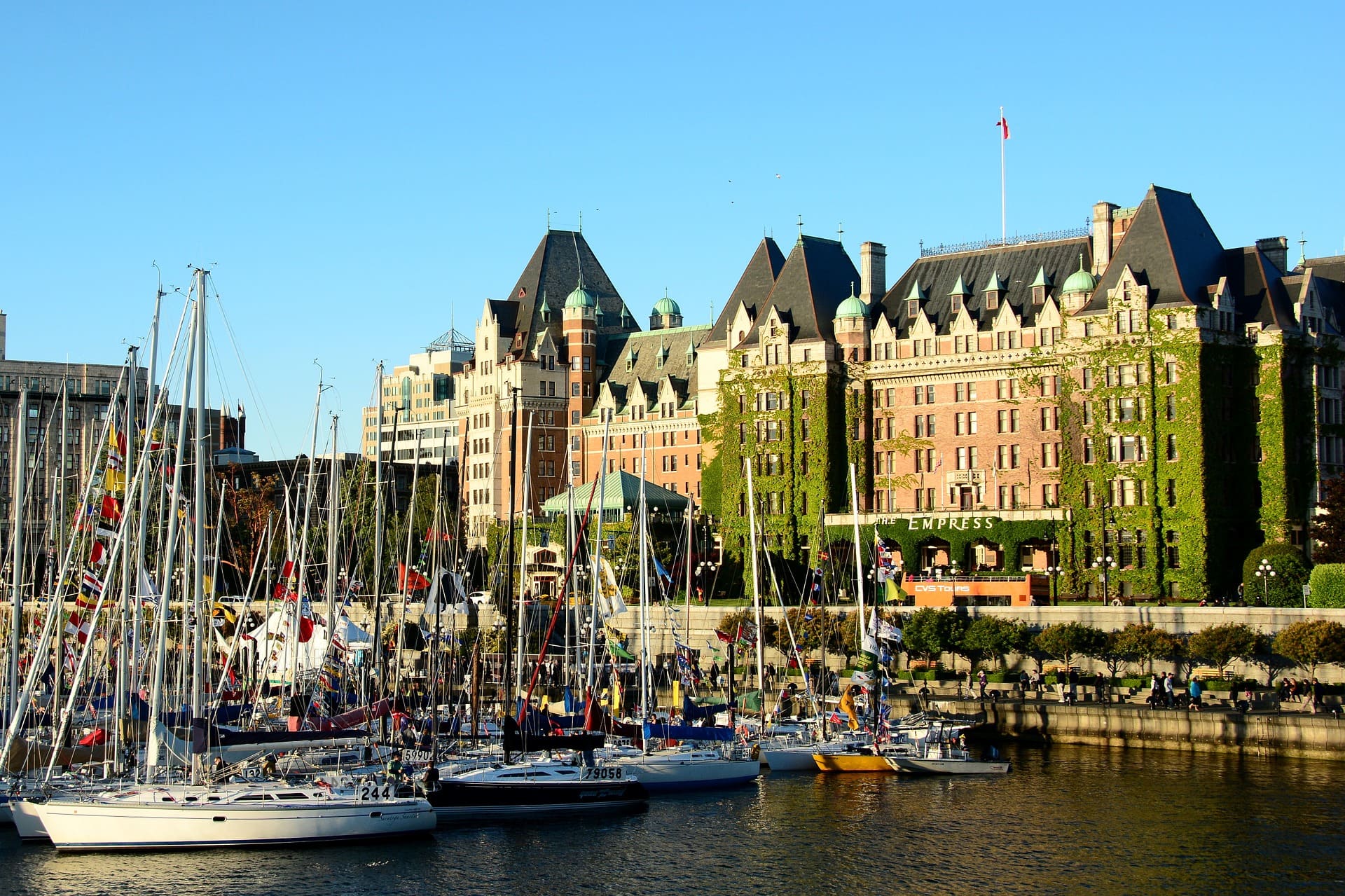 Welcome to Victoria, capital of British Columbia, sits on the craggy southern end of Vancouver Island !

One of the world’s favourite destinations,Victoria is tied closely to both land and sea and the rugged natural beauty of the Pacific coast encourages all-season adventures in the great outdoors.

Take advantage of the diverse historical, architectural and multicultural makeup that comes from being the oldest city in the Pacific Northwest.

With abundant parkland, it’s known for outdoor activities. The city’s British colonial past shows in its Victorian architecture, including stately Craigdarroch Castle mansion. Butchart Gardens, with 55 acres of vivid floral displays, is one of many formal gardens in the city.