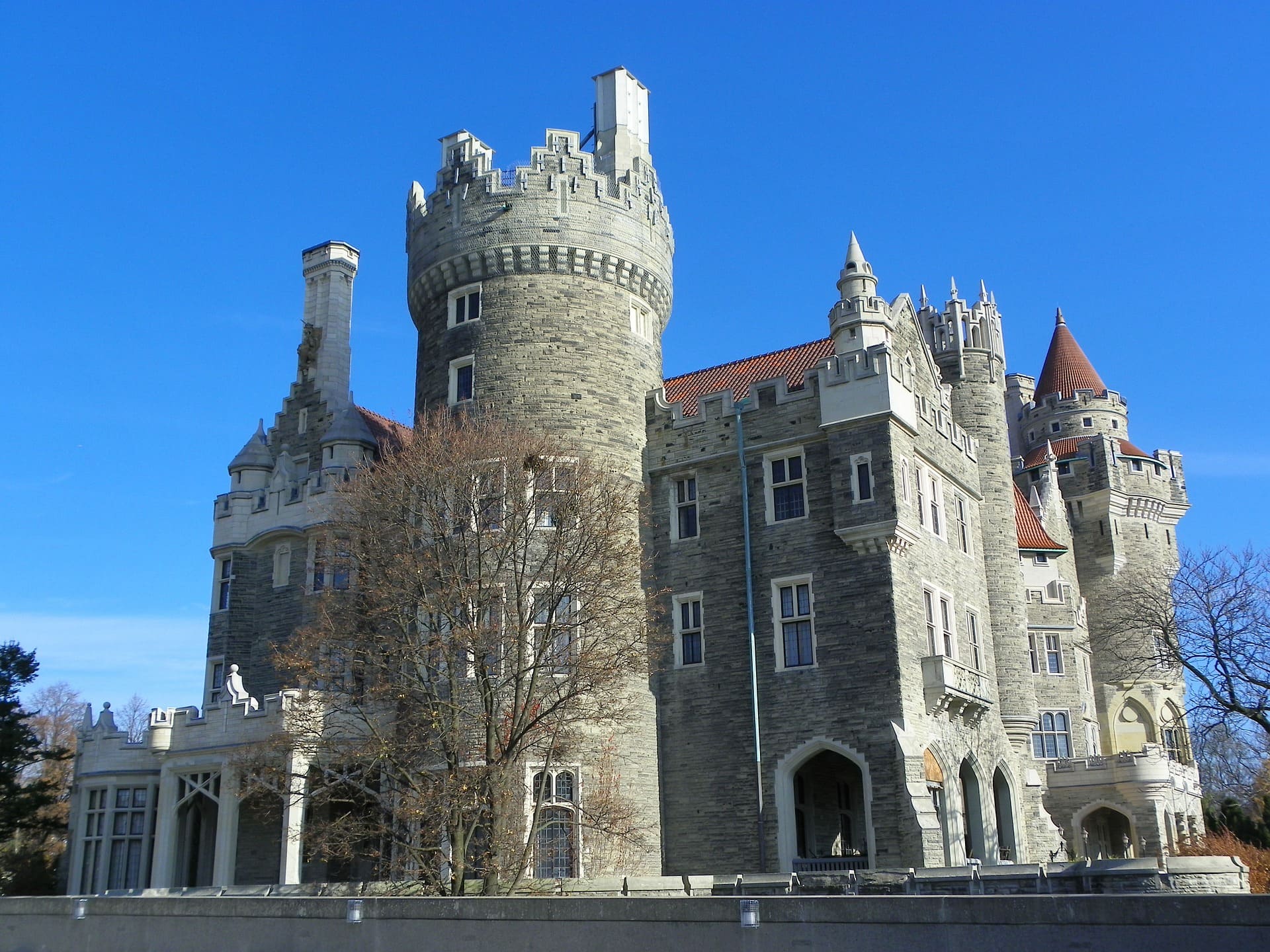 The Casa Loma is a Gothic Revival style mansion and garden in midtown Toronto, that is now a historic house museum and landmark. It was constructed from 1911 to 1914 as a residence for financier Sir Henry Pellatt. The architect was E. J. Lennox, who designed several other city landmark.

Stood as a monument to its creator – it surpassed any private home in North America. With soaring battlements and secret passageways, it paid homage to the castles and knights of days gone by. To this day it remains one of the only true castles in North America.

The unique architecture has also made it a highly desirable location for film, television and photo shoots. The historic site is operated by the Liberty Entertainment Group; under the direction of Nick Di Donato, a company synonymous with Toronto entertainment venues. For a brief period in the 1920s, the Gothic Revival castle — designed by noted Toronto architect E.J. Lennox, who was also a billiards-playing buddy of Pellatt’s — was turned into a hotel and then a nightclub. … By 1933, the city had seized Casa Loma for the approximately.